How To Make The Ultimate Boardwalk Treat: Caramel Popcorn

I grew up in Linthicum, Maryland, a bedroom community about nine miles south of Baltimore. The city and its surrounding suburbs definitely had an urban feel. But across the Chesapeake Bay—on Maryland’s Eastern Shore—a coastal summer vibe prevailed. Travel time from the city was only an hour or two, depending on how far east you wanted to go. We always drove two-and-a-half hours (132 miles) to reach the edge of the continent, then cross the Isle of Wight Bay on the Ocean Gateway bridge, and arrived at the coastal barrier island known as Ocean City, Maryland.

A three-mile boardwalk followed the shoreline of the south end of the beach, and a large pier (complete with carnival games and rides) anchored its south end. Back then, the boardwalk was one long string of campy shops that sold tee shirts, flip-flops, lotion, towels, saltwater taffy, ice cream, popcorn, steamed crabs, and tons more. You name it, one of those shops had it.

As soon as the morning sun peeked over the eastern horizon, the boardwalk came alive. The smell of popcorn and French fries in the air competed with the aroma of freshly baked pizza and shrimp steamed in Old Bay. And oh, the noise. Seagulls squawked as they scouted overhead for bits of junk food. Babies cried, and kids shouted to be heard over the constant roar of the surf. Dozens of radios, scattered among the profusion of beach blankets and umbrellas, blared the latest pop and country songs from at least five different radio stations.

For me, a trip to the beach wasn’t complete without a bucket of “carmel corn” to eat while sitting in the sand on our beach blanket and a bucket to take home. Caramel popcorn has been a boardwalk snack tradition in Ocean City, Maryland since 1937. Crunchy, buttery, sweet, and a bit salty—caramel corn from the boardwalk was true bliss.

Much to my surprise,  the Houston Museum of Natural Science distributed this recipe during a children’s holiday event over ten years ago. It produced a treat that tasted very much like the caramel corn we craved from Ocean City, which amazed me. But honestly, nothing can replace the sweet popcorn confection I remember from the boardwalk “down the ocean.”

This recipe makes four quarts of caramel popcorn. Store it at room temperature in an airtight, covered bowl. 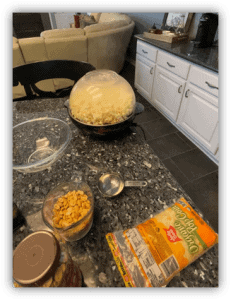 In a large microwave-safe bowl (I prefer glass), mix the brown sugar, corn syrup, butter (softened at room temperature), and salt. The mixture can be lumpy at this point. 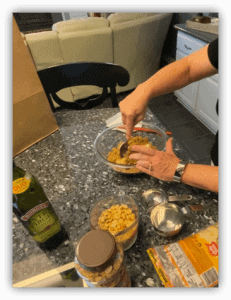 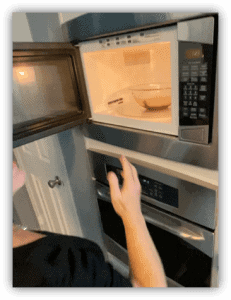 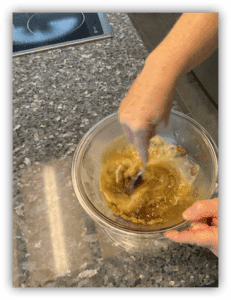 The brown sugar mixture should be thick and bubbly. Add the baking soda and stir into mixture. It will become lighter in color and fluffy. 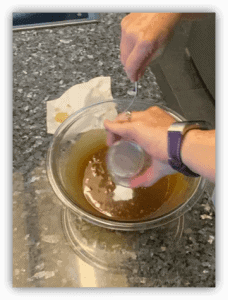 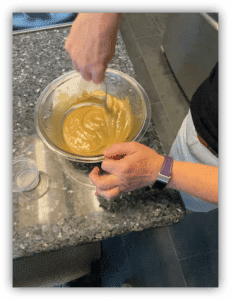 Pour the caramel mixture into the paper bag with the popcorn and peanuts. Shake vigorously. 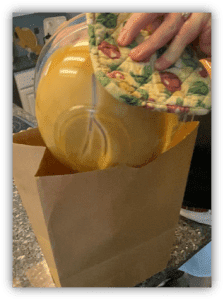 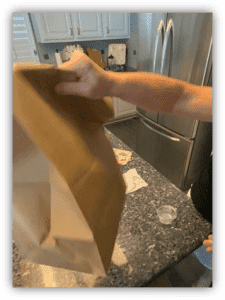 The caramel mixture gets stiffer as it cools. After shaking the popcorn, check the bag contents for coverage. The bag may need to be microwaved for another minute and shaken again. 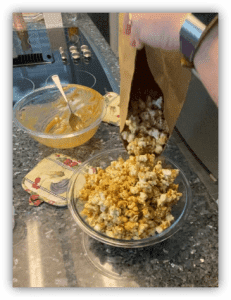 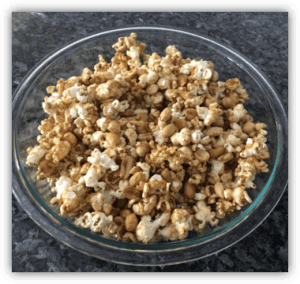 Til Death Do Us Part- Part Two

Allorianna Matsourani grew up on the East Coast of the United States near Annapolis, Maryland, and has been a writer at heart since she wrote her first fantasy fiction short story at age 12. She attended journalism school at the University of Maryland and directed her writing efforts toward nonfiction articles for newspapers and magazines. Most recently Allorianna was the editor of a business-to-business magazine for the oil and gas industry. An avid reader and fan of science fiction, fantasy, and mystery novels, Allorianna has spent the past several years refocusing her writing on fiction.