Let me tell you mine.

As we all know, popular culture’s favorite carnivore is hands down, the Tyrannosaurus rex. The beloved T-rex is followed closely in popularity by the Velociraptor. This is clearly obvious from the Jurassic Park movie franchise. I’ve got a different one, though.

Welcome, paleontologists, tourists, and dino enthusiasts, to Cretaceous Park! You have now entered the home of the mighty Daspletosaurus! Grrr! This is my favorite carnivore. Let’s talk about it.

For starters, the first three letters of this dinosaur’s name also happen to be my three initials in the correct order. Yep, that’s right! My initials are D.A.S. Pretty cool, huh? It was only right for me to be a fan of this big guy. I’m still definitely glad I wasn’t around while he was roaming the earth, though. Phew!

I first became aware of the Daspletosaurus pretty early in my life, thanks to a booklet of dinosaur facts I received as a child. I’ve been part of its fan club ever since; sorry not sorry. No offense to the other carnivores out there, though. I totally respect them, too. Or maybe I should say I fear them, too.

Furthermore, this dino’s reign of terror actually preceded that of the similar, but larger, T-rex. The meat-eating Daspletosaurus torosus roamed earth’s surface about a good 10 million years prior to the T-rex. Both ancient monstrosities, however, lived during the Late Cretaceous period, and are classified as a species of dinosaurs known as tyrannosaurids. Fossil remains of both these beasts have been found in what is now North America.

Daspletosauruses lived about 76 to 74 million years ago. The name, which was given in 1970, translates to “frightful lizard,” a fitting description of the terrifying creature. Like rex, Daspletosaurus was the alpha of its time, with a ferocious presence at the top of the food chain. The feature image above shows the skull of a Daspletosaurus fossil, which is on display at The Field Museum located in Chicago. The photo below shows a cast of a juvenile Daspletosaurus skull. 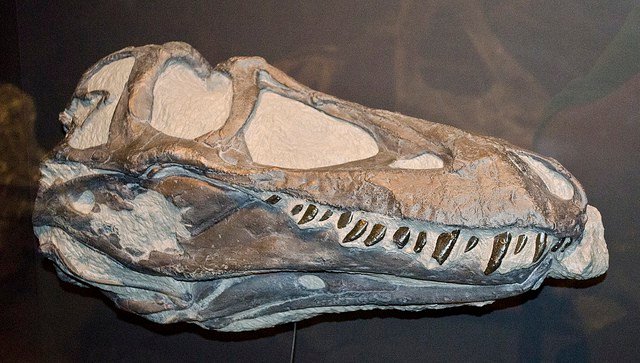 This particular skull of a juvenile frightful lizard was found in the state of Montana. The cast of it is on display at the Museum of the Rockies, which is also located in Montana – in the city of Bozeman, to be exact. Although this was a young, underdeveloped Daspletosaurus, fully grown adults were usually about 9 meters (29.7 feet) in length and weighed 1,800 kilograms (3,960 pounds).

The prehistoric battles that most likely took place between the T-rex and its arch nemesis – the Triceratops – are the stuff of legend. A Daspletosaurus probably had its fair share of battles, too – at least with those few creatures around at the time that were big enough to oppose him. Another tyrannosaurid, the Gorgosaurus, is known to have co-existed with Daspletosaurus during the Late Cretaceous. It is believed that, while they mostly tried to avoid each other, the two predatory lizards may have occasionally clashed over food and territory. This next photo below shows a cast of an adult Daspletosaurus skull. 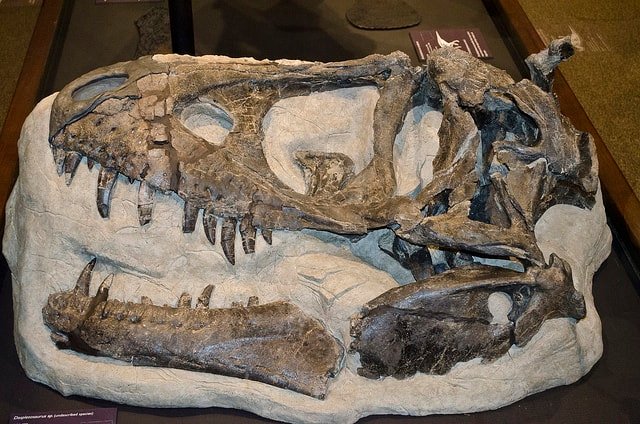 Like the juvenile skull, this adult skull was also found in Montana. Its cast is on display in Bozeman as well.

Finally, to all my dinosaur enthusiasts and movie buffs out there, make sure you check out the prehistoric science-fiction thriller Jurassic World: Fallen Kingdom, coming to theaters this summer. See ya! 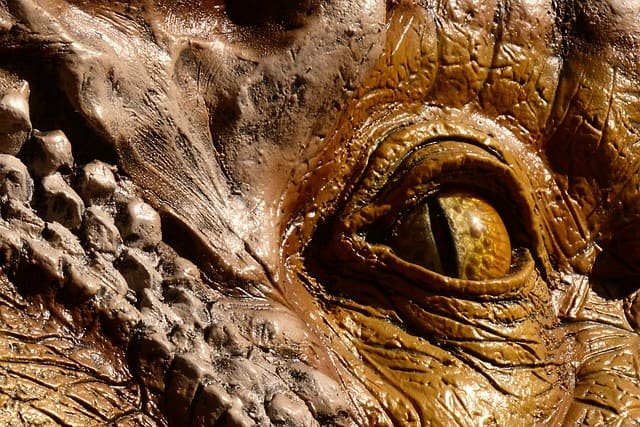 *The main source of information I used to write this – the National History Museum’s online dino directory – can be reached by clicking on the links embedded within the article or by clicking here.

*An additional source of information I used can be reached by clicking on the following link: AustralianMuseum.net.

Family Memories That Will Last A Lifetime

What Losing Kyrie Irving Means For The ...