CultureFamilyPoliticsRelationships
Home›Culture›Mom, If They Enforce The Policy To Put Guns On Campus, Please Don’t Go Back To Work

Mom, If They Enforce The Policy To Put Guns On Campus, Please Don’t Go Back To Work 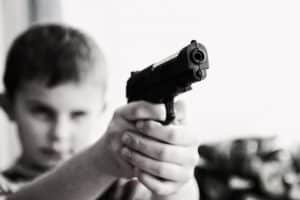 I try not to ask too much of you, and I’m trying not to put my opinions on your personal life,  that’s why saying something like this is difficult.  But I came here to say what I need to say. If they legalize guns in the classroom, or the administration run by Donald Trump has guns in the classroom, please do not go back to work.

I love you and I worry about you in the same way that most kids worry about their parents. However, I know you love your job but I also know that if guns are placed in the classroom I will fear for your safety every day.

I worry about you because you’re not a police officer, you’re not a member of the Armed Forces. You’re a middle-class mother of two grown children, who enjoys eating chocolate, reading books,  and watching The Big Bang Theory.

You’re also a teacher who loves her students. With that said, I know you love your kids and if heaven forbid, one of those children was in danger and you had to protect them, I’m worried that you would accidentally hurt someone else or yourself. You have no formal training in the use of firearms.

Throughout the years you have encouraged me to study anything that I’m interested in; one of these things being mass shootings. This also brings to mind another question: if guns are readily available in areas with kids and they are aware of this, even though no fault of the educators, in the unfortunate scenario where a student or another teacher with bad intentions happens to understand or find the location of a gun,  I don’t want you to be in the way of that bullet. I love you. I want you to be there to see my sister and I succeeding in life doing anything we want to do. I want you to be able to see your grand kids.

If you’re in a place where you could be harmed by another person, who knows if you’ll get that chance.

I know one could argue that a student could obtain a gun from somewhere else and bring them to the classroom.  In this scenario I would be alarmed as well,  because an armed assailant is going to require the intervention of the SWAT team. What if the SWAT team shows up and sees multiple people, both students and staff with guns,  how do they know who’s doing what? Would that end the life of a teacher who I love?

I know for a fact you’re not the kind of person that would do harm to a child, but it also worries me that there’s someone out there who would.  I know you’re aware of the fact that I was a victim of bullying from faculty members when I was growing up, so my question would be: what if you give my bully, the woman who would throw things at students, would mock student for their beliefs, sexuality, and appearance,  would tip desks over,  would  follow a student into the bathroom  and bang on the door and look through the stall while they weren’t wearing pants,  you really want to give her a gun? I don’t even want her in the same  vicinity as a loaded weapon.  I know for a fact that she has manipulated other people who are higher up in the school district and who knows what kind of strings she could pull to get her hands on a weapon that she could use instead of her strange outbursts against another child.  Even worse, what if you give someone else’s bully a gun?  What if you give a pedophile who’s been able to fly under the radar a gun in a place full of children? If they do any of those things they’re giving these people, these child abusers, access to victims and weapons which they can use to intimidate, bully, or injure them.

you are one of the most dedicated educators I know. What you do take so much love and so much time, and you give me and Lucy that time. You actually helped me with my homework today, and you’re always patient and engaged in what we’re doing in school and at work, ready and willing to help.

But you’re one of the better people in this world and I worry that someone who could, and would, want to harm another person could get their hands on something that would enable them to do it, and then silence their victim forever.

I love you and I want you here with me for a long time.

Please don’t go back to work if they allow guns in the classroom. With all my heart, I believe that would be a threat to your safety!

The Soul Question: Does the Soul Exist?