Heroes and villains, a dynamic as old as time. A duo that has never let the literary world down when in need of a real conflict. However, what does it mean to say someone or something is a hero or a villain?

Let’s look at these two:

The hero embodies everything good. We often equate the traditional hero with light or real justice. A hero’s character model is one that leads a life of good deeds, even devout righteousness at times. They eschew anything to do with the corruption of their untainted souls.

However, as the saying goes, where there is light, there is darkness.

To be a villain is to embrace the darkness. The villain endeavors to be evil and impart nothing but destruction on whoever stands in their way. A villain’s purpose is singular in motivation. Wreak as much havoc as possible and subjugate the masses under the threat of obliteration. The traditional villain needs no reasoning and no justification for their actions. They are. 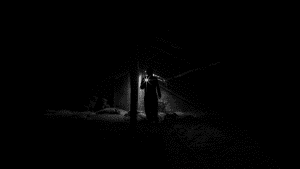 Photo by Lennart Wittstock from Pexels

Again and again, this tried-and-true ideal is in movies, books, games, and any media available. But what happens when we encounter a character who is neither all bad nor all good?

This ambiguous creature is the morally grey character, and they have been on the rise.

With grey morality, both sides of the conflict will have their reasons for fighting. One side may be more “good” than the other, but it could switch in a heartbeat. Flaws are present, the imperfections raised to the surface. The general sliminess of the individual soon overcomes the reasoning behind their actions.

There have been times where the one you thought was good, ended up being in the wrong. The darker of the two ends up being, the better choice, the more human and reasonable of the two. The “villain” then becomes the one with which the audience relates to and cheers for winning. These personality flaws and life events spring to the forefront. The ambiguous character has been born.

One good example of this is Ozymandias from Watchmen by Alan Moore and Dave Gibbons. He begins as a hero. The typical good guy trying to right wrongs, and save the people from the darkness of the night. He comes to realize to protect the many. He must sacrifice the few. He had no issue with taking the lives of innocents to reach this goal.

We have a man who thinks he is doing right. He wants to help, but in doing so has reached a horrific conclusion. In doing this, he sheds his heroic ideal and embraces the darkness within.

The morally grey character is a fantastic literary device. The more relatable character invites connections from the audience as they learn and grow.

So, as Ulfric Stormcloak from The Elder Scrolls V: Skyrim said in response to General Tullius tell him they aren’t they bad guys, “Maybe not, but you certainly aren’t the good guys.”

Elise is a writer, illustrator, and gamer who does graphic design for a day job. She holds an M.A. in English and Creative Writing and enjoys coming up with new stories in her free time.