My Thoughts On The Movie “I’m Not Ashamed”

For those of you unfamiliar with the subject of the film I’m Not Ashamed, it is about the Columbine High School massacre that occurred on April 20th, 1999 in Colorado. This was when two senior year high school students by the names of Eric Harris and Dylan Klebold opened fire on several students, killing 15 and injuring 62 others.

The very first student to lose her life at the hands of one of the gunmen was Rachel Joyce Scott. This film attempts to examine the life of this young woman and the events which led up to her death as well as the deaths and life-altering injuries of others.

While I mean no disrespect to the memory of this child, I truly wonder what this movie was trying to accomplish. Very early on we learn that Rachel’s belief in God was a big part of her life, which is great because she felt that it was her duty to do kind things. A wonderful life lesson. I do, however, take criticism with the way the film developed her character, as well as the characters of the gunman and others around them. We don’t learn much about Rachel, but we see her doing a report on what her faith means to her. We see her interacting with people around her who either criticize for her beliefs or are tremendously touched by her faith and kindness.

When looking at this movie’s depiction of the person who took her life, we see that he’s vulgar and he demeans his friends. There are two things that were the catalyst for this: his hatred of everyone around him and his love of video games.

I would be remiss if I didn’t point out a few things that I learned from reading and watching other materials about the crime. Eric David Harris was responsible for the death of Rachel Scott and following her death was the death of Cassie Bernall. This could lend some credence to the idea that Eric held beliefs which were anti-religion and that is why he took the lives of both girls who were outspoken Christians.

This movie suggests that the last conversation Rachel had with her assailant was one about her beliefs and by that same testimony in trial suggests, Eric found Cassie praying under a table before he pulled the trigger and ended her life. However, according to Dylan’s mother Sue Klebold, who wrote a book about her son called A Mother’s Reckoning, Dylan was an active member of his church as well. And we don’t see that in this film.

The main issue that I have with this film is that Rachel seems to be the only nice person shown. The girls she eats lunch with make fun of her for her beliefs, and tell her not to tell people that they are making fun of her. They make fun of her for befriending a mentally challenged person. Physical violence is perpetrated by not only the gunman but by other people at the high school too.

When it comes to the backstory of Eric and Dylan, we see every intention of a young violent offender. Eric in particular is quick to anger and abuses Dylan verbally, and both the shooters enjoy playing video games and fantasizing about committing violence against their classmates. The eyes of Harris’s characters seem to light up when Hitler is mentioned. They also wear the same attire on the day of their death throughout the whole film, a small detail that makes no sense and was distracting.

Another somewhat distracting detail is the fact that the language is very clean. I understand that a large part of this film is centered around Christian faith and therefore it’s probably going to attract some younger viewers, but the dialogue is odd, to say the least. Rachel at one point says that she will be playing in traffic if a homeless man doesn’t pray with her. I think that was a bizarre idea and there would be safer ways to invite someone to pray if one has chosen to do that. I found it odd and, honestly a little threatening.

There are a few positives here. I like the fact that the main character of the story is practicing what she preaches. For example, she reaches out to strangers, she thinks she can help with the faith which has provided her with comfort. The main character also seems to be respecting her morals when she turns down her propositions for physical intimacy. While on the subject of romance, there seems to be a weird love triangle that made me mildly uncomfortable and seemed to take away from the overall story. The film also mentions that Dylan Klebold who was actively engaged in the tragedy, but did not take Rachel’s life, had a crush on her. This detail is confusing, and like the rest of the romance, takes away from the overall story.

In conclusion, I believe that the idea behind this film was positive. I think that it is a good thing that the deceased can have an impact on someone. Seeing more of who Rachel is would be more impactful I think, while her journals state that she was very close to her faith. Humans are multi-faceted creatures and I’d love to see her be celebrated in other ways as well. 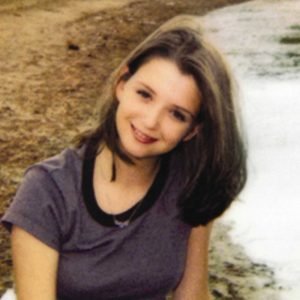 An Open Letter To My Sister