There Must Be A Separate God For Gays 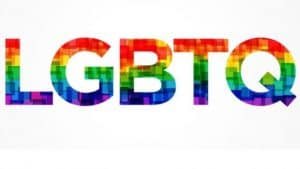 Recently, while surfing my social media (again), I came across a reply to a post about pedophilia. This seems to be a hot topic because of the R. Kelly (R&B Singer & Songwriter) situation, and some of the choices he’s made in his career with younger girls. I do not condone this behavior at all, but that isn’t the point of this article. The reply was from a “friend” sharing her thoughts on the topic and how wrong she thought it was, and then another “friend” replied that some people wanted to add the “P” to LGBTQ.

Not only am I outraged that a Pervert or Pedophile could be grouped with LGBTQ, but I am embittered how the direction is going for the LGBTQ community. It seems that one step forward means five steps back. It’s unreal the amount of time people have to rearrange lifestyles, and to assign hatred to so many different groups of people. By no means do I consider myself a pervert! I have children with my wife and that is normal for us. That is our family dynamic. I work, come home, cook dinner, do homework or write, and I try to get quality time with my family as often as I can. Does that sound like a pervert to you? 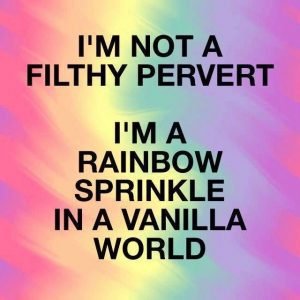 Is that much different than a heterosexual person? The people that want to add the “P” to LGBTQ are too far gone mentally to know better. Their way is the only way. Unfortunately, if you don’t share their exact opinions and beliefs, you will be classified as a horrible and hateful person. It seems that, since these cretins have been around and in the Trump administration, they have surfaced with a golden spoon sitting gay-fully on their judgmental lips, just waiting to spew their hatred on someone.

I won’t even get into Pence, who believes we (all LGBTQ) should be fixed with electroshock therapy to get us right with God again.

What I will get into is the notion that because we are a part of the LGBTQ community, we are too emotional or not qualified to serve our country (for our transgender community), or that love isn’t love unless it’s between a man and a woman. This notion is so strong that God-fearing people can claim that, because we are gay, we are pedophiles and/or perverted. Not knowing the true essence of God is unfortunate for those people. We are not to judge another because, (if you follow Christianity) He is the ultimate judge. I say let Him judge, and everyone else can try to get a clue.

To the people out there who want to claim that we (LGBTQ) can’t believe in something, or shouldn’t because of who we are and who we love, I give a big FUCK YOU! It’s a sad life to not love freely. It’s a lonely life when you don’t accept others. It’s an exhausting life when you are so angry and hateful. It’s much easier to live, and let love, and live. 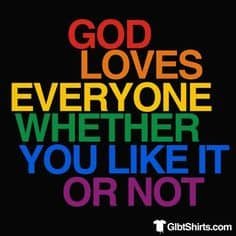 The Trials Of Fake Friends