The Devil He Became Part 2

Even though this is a work of fiction…

The story depicts domestic violence both physical and mental.

Back in the present, Elizabeth came back to reality as Valentin began coming up the stairs. He stomped loudly and shouted her name over and over.

Oh Lord Help me, the devil is coming at me again.

She closed her eyes and tried to picture her Wedding Day.

Valentin was holding her close and kissing her as they danced the first song as husband and wife.

“Elizabeth, I love you so much,” he said.

“I love you too,” she replied.

Just then a loud sound interrupted her happy thoughts.

“Listen, I was calling you, bitch!”

Elizabeth fought the pain and was standing by the time he stormed into the room and broke one of the vases in the hallway.

“Yes, Valentin darling I am here,” she pleaded.

Elizabeth could smell him reeking of alcohol.

Now he’s hit a new low. He is drinking.

He grabbed her by the hair. Then threw her down on the floor.

She gasped and hid her tears.

Valentin was about to punch her face then he stopped himself.

All of a sudden he began sobbing uncontrollably.

She looked up and could barely stand.

His mood changes had Elizabeth fed up. If only she was able to get away. Many times Elizabeth imagined it in her head. She could see herself packing a bag and not looking back.    But there was something about the look in his eyes that caused her tremendous fear so just the thought of even trying scared her.

To make matters worse, it didn’t help when Valentin would throw threats back at her.

“Elizabeth don’t ever forget you are mine!” Then added, “If you don’t want to lose your prominent career as a Surgical Nurse, you will do as I say!”

“Don’t worry Valentin, I can assure you I will not leave you!” she cried out.

“Well those are just words Elizabeth, but I have other plans to keep us together if you should ever want to run off!” he shouted.

I can never escape him now.

Now in the present time, his tears seemed fake. Maybe it was the same scene playing over in Elizabeth’s head for over the past 3 years.

Elizabeth trembled and cried as he held her tight and his fist was still near her face.

“You know what happened today?”  he cried.

Elizabeth glared into his eyes.

“Dr. Monroe who is the Chief of Pediatrics called me into the office today, and you know what he advised me to do?”

His voice got louder. Elizabeth could see his dark brown eyes enraged as the frown took over the top of his forehead.

“I am now on leave as they do an investigation of my latest surgery which left one of my patients unable to walk!”

“Why would they blame you for it?” said a hesitant Elizabeth. She began to shake.

Then he let her go and helped her up.

“I am sorry Liz. I am just so stressed right now.”

I had not heard him call me Liz in a long time.

“Why don’t you go and run a bath to help you with those aching muscles,” he said.

“I will go downstairs and use the shower in our mini gym; then I will prepare us a nice dinner.”

He smiled at her.

This moment Elizabeth was more confused than ever. She could not grasp how crazy his moods were becoming.

Well, for now, she began to soak in the bath and focus on taking some time for herself.

At least for this night. It appeared the devil was controlled.

The next morning, Valentin was still in a good mood.

Elizabeth was grateful. She held up her hands to the sky.

Thank you, Lord, for being there for me.

Unfortunately, due to the private area they lived in, she did not have any close friends.

She dried her tears before coming into the dining room to have breakfast.

He was all dressed up and looked as handsome as ever.

“My you look very dapper today,” she said.

He smiled at her. “Thank you, and you look lovely.”

Elizabeth had always been a beautiful woman.

She captivated Valentin with her beauty. He was mesmerized by her piercing blue eyes.

Elizabeth was no doubt a vision. She captivated many suitors with her golden-brown hair.  She was a very curvy woman, but this only added to her beauty. There were many suitors who chased after her.  But it was Valentin who won her heart. Not to say, Valentin himself was not a very handsome man. Both of them complimented each other.  Except Elizabeth was purely a good person inside and out.  This was something he was not. Valentin had many hidden secrets.

For the time being, Elizabeth and Valentin sat to enjoy a wonderful breakfast just like when they first got married.

“I made a bit of everything for you.”

“Boy, this all looks incredible, Valentin.”

The morning spread he made was incredible. It was hard to choose from all he had cooked.

“I am having a hard time choosing?” she said

“I will make it easy, Liv. Why don’t you just have a bit of everything?

This was truly one very filling early morning breakfast.

“I am going to fight the leave of absence.”

“They are fine, and I got after my mother for scolding you!”

How did he find out?

“Mama told me what she told you!”

“I told her to stop. I love Mama, but she can get harsh.”

He shook his head and then he hugged Elizabeth.

“ She worries about you Valentin.”

Elizabeth tried to fake a smile to reassure him.

“Still she was out of line.”

Elizabeth did not quite know what was with the change in his behavior.

Not sure what to think at the moment. 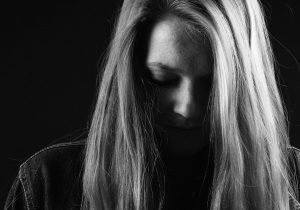