The Devil He Became Part 3

The following work of fiction

After breakfast, Valentin got up and headed out the door. He kissed Elizabeth on the cheek and smiled.

As he stepped out, somehow Elizabeth knew his new and lighten behavior would not last. Just like many times before. The devil lived on the inside, and his rage would erupt in no time. But for the moment she tried to appreciate the serenity and calm.

Later in the evening, Elizabeth went up and fixed the clutter which had been adding up in the closet. She thought this would be something Valentin would be happy to see when he got back.

For months he had been telling her about the mess up there, and she thought this was the perfect time to take care of it.

She was on her way upstairs when the phone rang.

Goodness, always when I am busy.

“Hello Liv, it is Mama Valentin.”

Elizabeth tried to stay composed and not roll her eyes while holding the phone.

“Well, I wanted to speak to my son. Do you know where he is now?”

“Yes, he went over to the hospital. He should be in his office.”

Elizabeth could hear the tension in her mother-in-law’s tone.

She tried not to think about it. Then carried on to her task in the closet.

Having to worry about things was something Elizabeth had come accustomed too.

After all, she was a surgical nurse. Today was one of her days off, and she knew tomorrow would be a long start to her hectic week.

But it did not matter. If there was ever a place she felt at home, it was at the hospital.

Elizabeth loved helping the patients. She enjoyed tending to them and making sure they got the care they needed after surgery.

Unfortunately, she had to ask for the time off. Her bruises were becoming increasingly visible, and Valentin asked her to take a small leave. Elizabeth hated to do it because she loved being at work. She also did not mind being away from her husband’s rage.

Liz had been working there for a few years, and everyone loved her. She was one of the best surgical nurses they had. This helped when it came time for her to take her leave. She was grateful that in a few more weeks, she would be back at work.

For now, her only concern was to get the closet straighten out for Valentin.

I sure hope he likes what I am going to do with it.

Back at the hospital, the word was spreading fast among the staff about Valentin’s lawsuit. Inside the hospital, you could hear his name among the other nurses and the new residents.

“I heard he was going to get fired!” said one.

“I thought he was asked to take a leave, while they investigated!” exclaimed another.

“How about coming and asking me?” asked Valentin.

Valentin appeared upset as he glared at them all.

“Get back to work now!” he shouted.

“Yes, doctor!” they both replied in unison.

Then Valentin walked over to his office and locked the door.

He was trying to stay in control.

Damn interns! What do they know? Damn them. I’m so pissed right now!

In the back of his mind, Valentin knew all he had worked for was falling apart.

They must never know the day of surgery I was high from the oxycodone I took.

He finally admitted it even if it was to himself.

I need to stay firm, and no one must ever suspect. I am glad  Elizabeth has no clue.

He was wrong. Elizabeth suspected something was not right with him. She knew all about his dependency on the drugs. Valentin was in deep denial.

Back at the house, Elizabeth was happy to have time to herself and organize the closet and was not surprised with how much junk was in there. But in the end, she had pulled it all together and threw all the unnecessary items out.

I hope Valentin loves it I want to make him happy.

By the time she got done with the closet, Elizabeth felt worn out and tired.  She took a long bath and relaxed in the tub for an hour.

Little did she realize how the beast inside her husband was boiling back at work. While Elizabeth thought of happy things, Valentin was miserable.

After spending a few hours in his office. Valentin took off and went to the local bar to have a few drinks.

He sat in the back. Valentin wanted no one to recognize him. He indulged in beer and hard liquor. Then he took one of his pills.

Back at home, Elizabeth got out of her long bath and prepared dinner for both her and Valentin.

She thought of making him his favorite pasta along with a Caesar salad and some garlic bread.

One of the qualities Valentin loved about her was her cooking abilities. Elizabeth learned to cook at the age of 12.  As she cooked, she recalled watching her grandmother in the kitchen. It was also something Elizabeth enjoyed. This helped Elizabeth take her mind of all the pain Valentin had caused.  Cooking brought her peace.

Each day brought a new set of challenges for Elizabeth. She did not know when the shoe would drop.  For now, she embraced the slight freedom. Too bad it never lasted long.

Dinner was ready by six. Elizabeth called Valentin on his cell phone. He did not pick up.

Hmm, he is running late.  I guess he had a busy day at work.

As time went on, she could not help but worry.  It was now nine at night. Elizabeth was tired now. She had worked so hard preparing him a lovely dinner, and he was not home.

She got terrified. Elizabeth knew this dance too well. She knew what was coming.

I wonder when he will get here.

Elizabeth ran up the stairs and went into the bedroom. She felt nauseous.

Oh Lord help me out of this!

Okay, now Liz get a hold of yourself.

She stormed down the steps and cleaned up the kitchen and store all the food in containers.

He would not appreciate this mess.

I do not want to upset him.

Yes, I need to clean.

It was close to midnight now, and Liz went to bed. She hoped he would stay at the hospital, but knew it was unlikely.

By this time Valentin was completely drunk and high, and he finally came home around 1:30 in the morning.

A cab driver drove him home.

He acted composed as he got out of the cab. It was not until he walked into the house his devil side came out. Soon as the door opened. He called out for Elizabeth.

Back in the bedroom, she was terrified and tried to pretend she was sleeping. 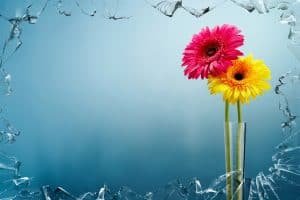 Dream Away: Winning The Lotto