Duncan, the younglings and I trooped down the heavy gray slab cut into the center of town. In macabre fashion, its steely texture complimented the harsh drama we had just left behind in Shantyville. The irony was not wasted on me. In fact, it added to my dread. 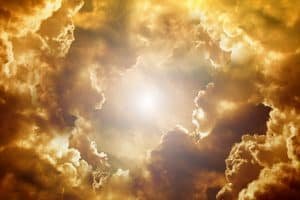 Even the sun, cresting high in the sky, shone down on us with grim report; our shadows spilled out before us, sliding like black sails across an iron-clad sea. This sight also dampened my already low spirits. It felt like someone had flung a cloak of misery across my back. I could feel the weight of it on my shoulders, the strain pulling on them until they curved forward with weariness.

Desperate for respite, no matter how small, I turned my face to the warmth flowing down from the sun.  The glow warmed my face but did nothing to allay the chill of fear that had settled in my bones.

Like the rest of Rockledge, we proceeded through town in mute despondency, faces forward, eyes staring resolutely ahead for our destination.

After hearing the fairies’ rationale for the silence, and seeing firsthand the effects of PTSD, I understood why everyone around me was so sedate. I also couldn’t help but speculate if everyone suffered from varying degrees of the syndrome.

Since my arrival, I felt a certain heaviness in the air, akin to the etiolation of a room after it’s harbored someone with a prolonged illness. At first, I thought it fatigue from my journey, but now I suspected it was something else. My thoughts turned again to Prince. Had the frog felt the fetid imbalance also? Is that why he disappeared? I feared for the safety of his sanity. I had no idea how to locate him.

When we arrived at The Twelve Fairies, Sen looked us over, her eyes pausing when they took in the state of the youngsters. With a tender smile, the fairy reacted with the familiarity of one who’d often dealt with displaced and frightened younglings.

She smoothed a few drops of liquid in her palms; the soothing scent of lavender filled the air. “You poor darlings!” she cooed, pressing a tiny hand to each of their cheeks. “You’re safe now.” All tension eased from their bodies from her touch and their hands slipped from mine.

Sen gathered up the youngsters, escorting them across the room and toward a set of stairs. “Have a seat while I deal with these two,” she called to Duncan and me.

I settled onto a stool at the bar while Duncan roosted on its rough-hewn surface near me. He was subdued for a moment then said, “So, who am I passing a message to?”

Too overwrought to answer, I folded my arms on the bar and propped my head on them.

I lifted my head; a rueful smile tweaked my lips. “Good Old Mad Major.” I knew I could count on him, but I also worried about his safety. Lowering my voice, I replied, “Are you certain you’re up to this?”

Duncan peered down at his feet, lifted one, flexed his toes then did the same with the other. He ignored my query and asked, “Who?”

When his black eyes met mine, they were resolute, the Cardinal Tweet was ready to perform his duty to his queen and the realm. But Duncan was no ordinary Cardinal. His sharp wit, initiative, and unfailing memory had made him a Master Cardinal Tweet, a general of sorts in the Tweeter organization. They were the elite of the elite. This branch of the Tweetery relied on stealth and secrecy to accomplish their missions. It was the absolute most secure way to send a message.

I opened my mouth to give him the message then closed it again. I paused, my tongue suddenly heavy as though someone had chiseled it from lead. It was one thing to watch the events unfold around me, but to now reflect on them and utter what I’d seen out loud—I took a deep steadying breath, the truth hitting me around the head like an errant acorn falling from the sky. The realm was in peril. I felt drained; my mouth was dry.

I licked my lips, then recounted everything I had seen since leaving Fawnwood: the break-in at the three bears’ house, Scrivenger’s symbol left behind by Goldilocks, Prince and his bewitched tongue, Pinocchio’s murderous behavior, Shacklen’s threat on Rosamont’s life and the state of Rockledge.

There’s More To Me Than You