Under a cloud of deep uncertainty, Prince and I left the Bears’. Yes, Prince accompanied me on my expedition, and I gladly welcomed the company. Despite our bumpy introduction and his predisposition for tongue snapping at everything that moved, Prince and I found common ground that expanded into animated conversations; a welcome distraction after the unnerving report about the Scrivenger.

A scrap of material bearing the Scrivenger’s symbol might not seem a serious issue, but evidence of its existence had been wiped out and prohibited throughout the entire kingdom over a millennia ago. The only known place to have the unholy symbol was the vestibule of the High Queen’s throne room.

Suspended on the east wall of the chamber was a great pennant embroidered with the Scrivenger’s emblem and the death toll exacted by its evil. The exact number of casualties is unknown, but the estimated amount is in the hundreds of thousands. Nearly every race had been driven to the edge of annihilation. Sadly, the unicorns never recovered. 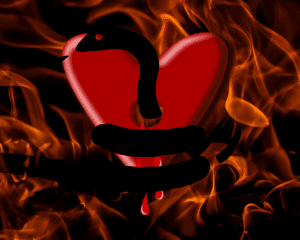 The symbol was on exhibit as a remembrance, so we would never forget how prejudice and unbridled power had corrupted and divided our fragile culture, a collective of tiny villages loosely bound by a charter of necessity that ensured fair commerce and secure passage to all settlers in every hamlet.

For decades the Charter worked until the Scrivenger, a cunning and charismatic individual, sowed lies of suspicion and contempt among the people: brother turned against brother, mothers and daughters cursed each other, entire families broke apart.

It was a bleak time. All hope seemed lost until a most incredible event ensued. Having realized his master’s true identity and learning its diabolical plan, the Scrivenger’s apprentice brought this information to each village leader.

United under a common cause, the people followed the apprentice’s shrewd counsel and overthrew the Scrivenger.  After the triumph, the communities adopted him as their initial high king. His name was High King Wilfred I, and he was beloved by all.

As we hiked along the game trail leading away from the Bears’ home, I narrated this history to Prince. While his tongue remained in his mouth, Prince was a terrific audience and rather eager to learn as much as he could about the Forest. But, his dratted tongue seemed to have a mind of its own, swatting me in the face and tripping me up when I stepped. Each time this happened Prince turned powder blue and apologized profusely. If he hadn’t been so repentant, I’d have left him behind.

After a few hours of observing him grapple with his tongue, I speculated that someone bewitched it. After a particularly nasty slapping match between the two, I had to say something. “I can’t help noticing that your tongue is…”

“Out of control?” Prince finished grabbing hold of it again and cramming it back into his mouth. Once it was away, Prince pursed his lips tightly together.

Prince shook his head then blurted. “I wasn’t always a frog.”

My suspicions were correct. Poor fellow. “Who cursed you?”

Prince shrugged his puny shoulders and offered another fast response. “I’m not sure.”

“How did it happen?”

Prince peered straight ahead and shrugged again. I got the distinct impression he was withholding something but didn’t press the issue. We’re all permitted privacy about touchy issues. We strode on in silence. 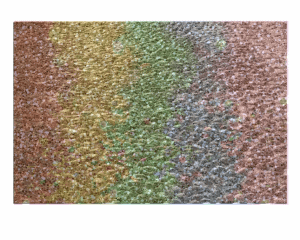 By late afternoon we found ourselves on the High Queen’s Highway, a vast cobbled road inlaid with bright flecks of precious stones, (courtesy of the dwarves of course), that stretched out before us like a glittering rainbow. It was the Kingdom’s principal avenue of travel; everyone used it: peddlers, visitors, caravans and people like Prince and I, two acquaintances wandering through the Forest in pursuit of answers.

The sky had turned a misty gray, the sun lying low in the western sky when we entered the village of Rockledge, a more modern community with buildings made of stone and timber. Dwellings made this way were a relatively new concept in the Enchanted Forest. Most residents still preferred making their homes and businesses in trees, but many humans had converted to this trendy style of living.

Although the new arrangement pleased humans, countless others weren’t. The Tree Sprite Union was in an uproar; hundreds of them had lost their jobs to human lumberjacks and stone masons: other inhabitants had been displaced from their ancestral homes when a group of careless lumberjacks chopped down the trees they were occupying.

Before the new housing phenomenon, Tree Sprites crafted our homes. They have a peculiar way of communicating with trees and sculpting them into the perfect abode for any sized family or business. When King Rufus came into power, he approved the humans’ proposition for alternative housing materials.  Like every other citizen, I was agreeable to the use of stone for the project.

The Tree Sprites had monopolized the construction industry for ages: a little competition would generate jobs for more people and produce more affordable prices, but when entire colonies of trees were lost we protested. Our cries fell on deaf ears. Although Princess Rosamont listened to our petitions, she had no authority to institute reform. Even now, six months after her father‘s death, she was endeavoring to reverse some of her father’s disastrous policies.

Stopping at the entrance to Rockledge, Prince and I stared around. It had been a few years since I’d last visited the village and the differences were remarkable. They had replaced the village’s stone pathway, formed from a dried river bed, with an immense solid hunk of gray stone that stretched the breadth of the village cutting it in half. Between immense buildings with large triangular roofs, little alleyways shot off from the main street. They were bleak and narrow places with wide-eyed creatures crouching in the shadows and glaring at us.

Where the villagers had gained such a colossal chunk of stone, I couldn’t say, but I knew dwarves were involved somehow. Only they had the skill to cut rock of such magnificent size.

“I thought you said this was one of the nicest villages in the Forest?” Prince said through tight lips. “There isn’t a tree in sight.”

I swallowed my shock eyeing the buildings that crowded both sides of the street, closing off the view of any trees. As the gates locked, I glanced behind me and glimpsed a tree branch succumbing to the shadow of dusk. The doors clanged shut; I shivered while trying to shake off the notion they had sealed me away in a tomb.

“Move along,” a guard grumbled. “No one goes in or out until dawn.”

With Prince beside me, I shambled forward a few feet seeking to locate a sign that would lead us to accommodations and food.

“Let’s find a place to stay for the night and get out of here first thing in the morning,” Prince whispered.

“Agreed,” I replied just as quietly, thankful once again for his presence.

Healing From Sexual Assault Can Start With ...