I let Gepetto’s apathetic response sink in for a minute, remembering how he’d painstakingly cleaned his tools after whittling a bit of wood when we traveled together. Each night while I played my flute and sometimes long after I’d turned in, he’d go through his tool kit to shine his knives, hand gouges, and chisels. He was obsessed. 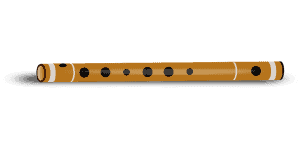 Some time afterward I learned that while I slept, he’d carved the flute Prince had admired at the pub. But even so, Gepetto typically had an insufferable neat streak with his workspace.

Right now his workshop resembled a junkyard. The Gepetto I knew wouldn’t have stood for such untidy conditions. Could someone have cast some sort of complacency spell on him?

“I just watched that child murder a cricket.” I pushed Patience’s dead body into Gepetto‘s line of vision.

He blanched and faltered at the sight then continued preparing Pinocchio’s custard. “Put him on the table,” he said. “The crickets will come for him and give him a proper funeral.”

I felt a leap of relief and placed Prudence on the table. Death is a natural part of life but holding a corpse wasn’t something I relished. I turned back to Gepetto; his lucid reaction gave me hope that I could reason with him. 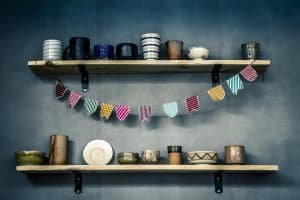 While I talked with Gepetto, Prince examined the elaborate wood engraving and ceramic dishes in the kitchen. He clearly wanted no part in this conversation.

Prince flinched and dropped a porcelain teapot. It burst into pieces on the floor. “I’m very sorry, Mr. Gepetto,” he said quivering.

Gepetto stared at the broken fragments. “That was my wife’s favorite teapot,” he whispered, eyes glazed over with sorrow. “Do you remember, Shirley, when I bought those rare tea leaves for her?” 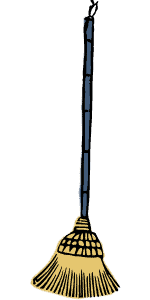 I kept my eye on Prince and retrieved a broom and dustpan. He was shaking all over. “I do, Gepetto,” I replied, shoving the broom and dustpan and Prince. “I’m sure with some glue you can fix it.”

“Yes, I suppose I can.” He shrugged off his melancholy and went on mixing up the custard. “So what brings you to my home at this late hour?”

Across the room, Prince paused in his task, and we shared a conspiratorial look. His grip on the broom handle was so hard it seemed to be the only thing keeping him up. Then in a nervous rush, he dropped his gaze to finish clearing up the mess. His behavior concerned me, but there was no time to discuss it. Once we left Gepetto’s, I swore to ask him what was upsetting him.

“I was getting cabin fever, so I decided to take a trip through the realm. Prince and I met on the road.”

This brought a small smile to Gepetto’s face. “That’s how we met.”

From the workshop, an awful scratching noise wound its way into the kitchen. Ashen faced, Gepetto dropped his spoon and scurried toward the sound. I was a step behind him. 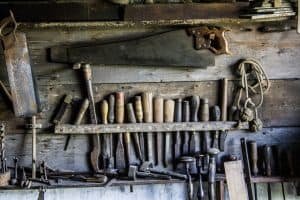 We entered the workshop to find Pinocchio sawing off his wooden nose. “Pinocchio,” Gepetto cried seizing the saw. “What are you doing?”

Pinocchio’s nose clung to his face by a wiry shard of wood. He twisted the wood and wrenched it off; a flat splintered nub that gave him a crude unbalanced look remained. “I hate when my nose gets too long.”

“If you’d stop lying all the time, it wouldn’t grow so long,” Gepetto gently admonished. He grabbed a small piece of sandpaper and smoothed out the rough edges on the stump.

“You’ll have it after I’ve finished repairing your nose.”

Hoping to talk further with Gepetto about his son, I went back to the kitchen to grab the bowl of custard. Hopefully, this serving would occupy the boy long enough for me to get some answers from Gepetto.

“Prince, can you hand me the bowl of custard?” I called half-entering the kitchen. “Prince,” I repeated when there was no reply. I moved further into the kitchen. ”Prince?” I said one last time to an empty room. He was gone.

Not intending to find him, I made a quick search out the back door, anyway. “Prince,” I called into the darkness anxious that an errant guard might overhear me and come snooping around to apprehend me.

After a cursory glimpse, I went back inside angry with myself for leaving Prince alone and wondering why he’d taken off. As I brushed by the table, I noticed Prudence’s body was also gone. The blank spot increased my ire as I deduced that Prince must have eaten the cricket before he left — a snack for the road. The thought thoroughly disgusted me.

Tired and aggravated, I spent the rest of that long night speculating where Prince might have gone and watching Gepetto alternate between feeding and pleading with his son whose nose had regrown substantially. I’d never met such a prolific liar. If I wasn’t so disturbed, his improvisational flair may have impressed me. One thing was certain; he’d make a superb politician.

Although his ability to spout untruths was extraordinary, his nose was the highlight of the evening. He whipped the nine-foot-long schnoz around like a lashing stick knocking the few remaining items still on the shelves to the floor. Within seconds, a jumbled array of Geppeto’s masterpieces lay in fragments all over his workshop.

The poor old man looked on in dismay, yet he did nothing to stop it. It wasn’t until I saw a tremor of dread in his eyes that I recognized the truth. Gepetto was afraid of his son. Like a spooked cat, he quailed at Pinocchio’s outbursts. 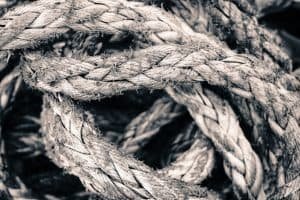 Furious at the realization, I found a coil of rope on the floor and an empty high-back chair. Determined to teach the boy some manners, I grabbed him from behind and hauled him backward. To my astonishment, he resisted with the strength of a mountain troll but couldn’t coordinate his movements fast enough to overpower mine.

Fortunately for me, he was caught off guard. He would have been much too strong for me to subdue otherwise. I used his surprise to my advantage. Without a second to lose, I chucked my knee into the back of his before he recovered his balance.

As he tilted backward again, I held him against my chest and clutched onto his nose for leverage to yank him over to the chair. Gepetto looked on in horror as I wrestled his son into the chair and tied him to it good and tight.

I rubbed my hands together. “I’m sorry, Gepetto but that needed to be done. He needs stern discipline.”

Pinocchio’s screams escalated, ricocheting off the plaster walls and pummeling my eardrums so hard my eyes watered. Resolved not to free him, I felt certain he’d shout himself into exhaustion, but I was mistaken. The longer he sat, the more incensed he became. This fury fueled his strength, the ropes straining and fraying as he yanked at them.

“I hate you,” Pinocchio seethed, his wooden eyes black with hatred bore into me. “I’ll get you for this!”

Gepetto gave me a pained and desperate look. “He’ll tear through the ropes soon,” he yelled as Pinocchio’s voice raised even higher.

A glass pane shattered, tiny jagged fragments scattered in all directions. One of them caught me on the cheek. I wiped at the cut; my finger came away bloody. “I can’t leave you to deal with this alone,” I yelled back dabbing at my cheek with my scarf.

Gepetto touched my arm and led me to the door. “I won’t be alone. Another cricket should be along by dawn. I believe the Charitys are up next.”

Exasperated, I seized him by the shoulders and shook him, hoping to wake him from this living nightmare. “Why are you doing this?”

He replied with a beatific smile. “He’s a lost boy, Shirley. His heart is made of wood. If I can help him live the nine virtues, his heart will soften, and he’ll become a real boy — my flesh and blood son. I lost my family. This is a chance for me to have another one.”

Pinocchio wailed behind us, breaking another glass, and I shook my head. “I don’t understand. He’s a violent criminal.”

I hugged Gepetto, fearful this would be the last time I ever spoke with him.

“Goodbye, old friend,” Gepetto said, patting me on the back.

Heavy-hearted, I left, the door closing swiftly behind me. I hastened across the street and found shelter in one of the abandoned stores listening to the chaos unfold in my friend’s house.

At dawn, I quit my refuge weighed down with exhaustion and worry. Before I turned the corner onto the main road of Rockledge, I spotted a cricket at Gepetto’s door.

“All enchantments upon you, my friend,” I whispered.