The sun had risen by the time I left the abandoned store. My eyes and limbs were heavy with fatigue; the constant noise from Gepetto’s workshop robbed me of any form of rest. Every time my eyes closed a resounding crash or high-pitched scream rent the air pulling me from a shallow slumber. Though I doubted Charity could help Gepetto and his son, I prayed I was wrong.

Prince’s whereabouts also plagued my thoughts during the night. His abrupt disappearance was disconcerting. Was it Pinocchio’s behavior that drove the frog away or something else? My head spun. The amount of questions my journey conjured up was overwhelming. 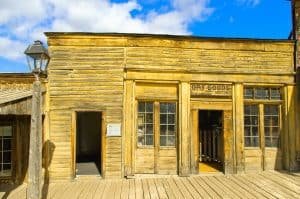 Bleary-eyed and ravenous, I made my way along the empty street and cut down an alley. An eerie silence and vacant store windows guided my path. It was difficult to imagine this place as a bustling community filled with storekeepers and patrons.

My stomach rumbled. I hadn’t eaten since the previous night at the pub. I dipped into the rations in my satchel and frowned at the pitiful meal in my palm. A handful of dried berries and wheatgrass would have to sustain me until I found a food merchant.

As I walked along the alley, one thing was certain; a Tweeter had to carry a message to High Queen Rosamont. She was in grave danger. Shacklen’s statement about her ‘soon being gone for good’ had to be handled straight away.

By the time I stepped onto the main road, my meager breakfast was gone; my stomach more hollowed out because of it. To the right, I noticed a handful of shops. They were nearly as dismal as the ones I’d just passed but still showed signs of life. That was encouraging.

Other early risers were also up. Heads down, men and women, carried baskets and pushed carts without acknowledging one another. After the mistrustful glances I received the night before, their antisocial behavior didn’t surprise me. I had hoped a bit of sunshine would lighten their spirits, though. Could Shacklen have ignited that much fear in the town? Were other towns in the realm experiencing the same thing? I’d have to let the High Queen know of the stark change in Rockledge so an inquiry about the others could be made.

Eyes wary, store owners swept debris from walkways and peered at my approach. 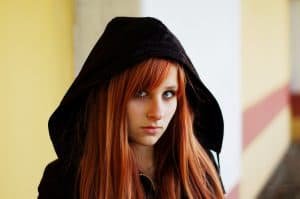 “All enchantments upon you,” I said to a witch exiting the apothecary. Holding her basket like a shield, she swept passed without a word and hurried on her way; the strong smell of onions and garlic following her. My stomach quivered at the appetizing scents.

In the apothecary, I found a hunchbacked gnome at the counter reading The Enchanted Press. What a hopeful sight.

“All enchantments,” the gnome said, folding the paper and lying it on the rough wooden slab.

The floorboards creaked as I approached the counter. A concentration of earth and healing aromas filled the air. “And upon you as well. Anything noteworthy in the paper?”

“No,” she replied with a grimace, “It’s an old edition. The paper isn’t delivered to town anymore.” 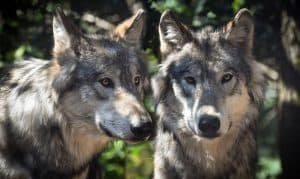 Anger flashed in her eyes. “The Wolf Brothers. They ate the Carrier Tweets who delivered them.”

“How awful. Are the Cardinal Tweets still flying?”

My heart sank. How was I going to warn Rosamont? I could send her a message through the Web, but it wasn’t as secure as using a Cardinal Tweet. Hackers (they earned their name because they literally hacked away pieces of the webbing network spun by the spiders) intercepted private messages and sold them to gossip columns. Despite their vigilant security and maintenance on the Web, the spiders couldn’t prohibit all hackers from finding and exploiting weaknesses.

“Is anyone trying the stop the brothers?”

“No,” the gnome replied, movement in the door drawing her attention. She stiffened and paled at the sight. Framed in the doorway was a squinty-eyed soldier, a look of menace hung over him.

Armor clanking, he entered the shop and rummaged through the baskets on the shelves. He took large fistfuls of dried roots and leaves, squashed and tore them to pieces, threw them on the floor then stomped out. The gnome scowled but said nothing. Like everyone else in Rockledge, her gaze filled with undeniable fear.

Her cordial manner gone, eyes pleading with me to stay quiet about the incident, she asked, “What can I get you?”

Sympathetic, I nodded. Feeling obligated to buy something, I gave a quick look around the shop. Dried flowers hung from the ceiling, glass bottles filled with colored liquids stood neatly on shelves beside dried roots and leaves. I thought of my low rations for the road and thought it wise to buy tea leaves.

“Do you have any mint and milk thistle?”

To my shock, the gnome waddled around the counter, her eyes level with mine. In case you’re unaware, gnomes are only three feet tall, whereas fauns average six feet. As she ambled over, her footsteps made an odd clonking noise; her skirt, absurdly disproportioned to her tiny arms and legs, hung like a long curtain from her waist. 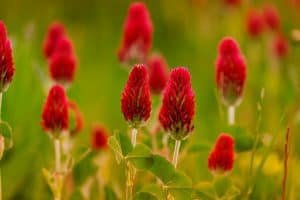 “Mint, yes. Milk thistle, no, but if you’re looking for an alternative to detoxify, red clover is a great substitute.”

Caught off guard, I blinked and gathered my thoughts while hiding my consternation at her ungainly appearance. “Red clover? I didn’t know that. Thank you.” I took the leaf packets from her trying hard not to stare at her legs.

She tutted and rolled her eyes. “I’m not really this tall.”

“I beg your pardon?”

With a cagey look, she hiked up her skirt and slapped a crude set of stilts. “I get the same look from all the newcomers.” She said with a derisive laugh, then lowered her voice. “Have you heard of Shacklen?”

“Good, then I need not warn you to steer clear of him. Shacklen doesn’t like gnomes.”

“Because we’re too small, so,” she gave the stilts another smart tap, “he makes us wear these things to compensate for our ‘lack of elevation’.”

My eyes bugged with indignation. “That’s…” I couldn’t find the appropriate word to describe my outrage, so I sputtered and swore instead.

Alarmed, the gnome gripped my arm and squeezed. “Keep your voice down. Shacklen has spies everywhere.”

I nodded and reigned in my anger, even more determined to get a message to the High Queen. “Where’s the Tweetery located?” I whispered.