As I mentioned in my last post, you can write anything, anywhere, at anytime. Let’s emphasize for a moment the anything. As an aspiring writer, that word- “anything” is terrifying. When I first sat down to start writing seriously, I wondered briefly what to write. After an internal dialogue (re: talking to myself), I realized what I was asking was this:

What genre do I write?

Genre- noun, means “category of artistic composition, as in music or literature, characterized by similarities in form, style, or subject matter.” To simplify Google’s definition, genre literally means: writing put into titled boxes. Does your story contain a princess, a prince, and a dragon or two? Is winter coming? Your story is a fantasy. Is your story set in the future and defined by technology not found in the world right now? Is your world divided into four factions? Are you…divergent? Your story is science fiction. Genre, as a tool, helps you, as a reader, understand what you like to read. As a writer, genre helps you understand how you like to utilize the writing medium to tell your stories and use your voice.

As a writer, and especially as a reader, I like to think that I am deeply in touch with my expressive. When I set down to type out a story, I know exactly what I’m going to write and how it’s going to look. This list is compiled of the top four genres I love to write. 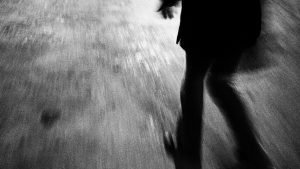 In terms of a genre, action can really be applied to any story that is pumped full of, well, action. But when I think of action as a genre, I think of it as a mob fighting novel, a no holds barred “save the world” James Bond kind of thriller. I think of novels where a majority of the action scenes are fighting. For example, The Fifth Assassin by Brad Meltzer.

Adventure is another broad term for a genre. But with adventure, one can often think of something attached to an adventure. Like “comedy-adventure novel” or “action-packed adventure story.” As a genre, adventure is all about exploring. It’s about finding the hidden treasure, following a map, discovering that perhaps the journey is more important than the destination.

Photo Courtesy of Pixabay on Pexels

One of my most favorite genres. The fantasy genre is all about escape, at least for someone like me whose entire bookshelf is loaded with books whose subject matter makes them fit inside this particular labeling box. For me, fantasy is all about escapism. It’s the main character or characters finding or losing themselves in a place unlike their own. A place that puts their problems and their worries into perspective and it’s even better when they chose to stay because they realize they’ve found something much better than what they left.

As a kid who read the entire Harry Potter series in one night, I used to tell people that I hated science fiction. I, a frequent fighter of FOMO syndrome, did not want stories about the future with fabulous technology. I had an Xbox 360 and a Nintendo DS, that was enough technology for me. Instead, I wanted to escape into another world because mine absolutely sucked! But, in finding my escape through fantasy, I found that the genre I loved to jump into had a lot in common with science fiction. Both were methods of escape. Both told stories where the character was in a world unlike our own. Both were more focused on world-building. Science fiction, in turn, became not only my second method of escape but my inspiration for writing. And soon, I would write my own escapes.

But that- that is another story for next time.

When not playing video games or adding to her ever growing TBR, Scarlet Noble is writing her heart out. The stories in her head come alive when she puts her fingers to the keyboard on her laptop. Her greatest dream in life is to be a published author.