I think every guy has a best buddy. My husband’s was Wayne Roantes. We did not start off as friends, him and I. I think it would be safe to say, we hated each other’s guts. Him, because I stole his friend when Jim and I got married. Me, because he was arrogant, over-bearing and obnoxious.

Our first meeting established his personality traits firmly in my mind. I was only 18 and stationed in Scotland, where I met Jim, my future husband. He had asked me if I wanted to join him in a poker game being held in the room of another sailor; Paul Holt. I said sure, so we walked to Holt’s room where Jim knocked and a voice asked who it was. Jim replied “It’s Nick and Roni. The door opens; Jim walks in with me following and then WHAM! I’m suddenly in a wall locker. I drew in a long breath to scream when I heard Jim talking to someone on the other side of the locker.

“Let her out of the locker, Roantes”

“No she’ll  take a swing at me” (He’s right I was planning to swing when the door opened!)

I drew my arm back and waited. The door opened and I swung my fist at the face which ducked and damned if I’m not back in the wall locker. This time I let out a screech I’m sure they heard all the way to London. I was no longer mildly irritated, I was now fully pissed off (Yes, I do have a wee bit of a temper). I started banging and kicking and screaming inside the locker. I could hear the ensuing argument outside even through the noise I was making. Jim was trying to convince Roantes to let me out of the locker, but he wasn’t buying it, but Paul Holt joined in, because it was his locker I was destroying. The door suddenly opened and I rolled out onto the floor along with most of Holt’s clothes which I kept sliding on as I tried to regain my footing lunging at Roantes. Jim grabs me by my shirt and yanks back to the floor where he sat on me while that coward Roantes ran away.

That was my first meeting with Jim’s best friend and he didn’t endear himself to me over the next few years either. We  could not be in the same room without one of us starting an argument. I tried to get along with him, because he was my husband’s best friend, but he just got under my skin.

A few years later, Roantes had a run of bad luck, and Jim invited him to stay with us. I bit my tongue, as he moved into our basement. After a few months living with us, his truck was totaled and he moved it into our driveway, because he had plans to fix it. The neighborhood we lived in had a beautification group that felt the truck was a metal monstrosity. I have to admit, so did I. The group wanted the truck moved, as in permanently. I gave my word that it would be gone by the end of the week.  I explained to Roantes what the group said, and told him how I gave my word it would be gone. He said it would be.

The days rolled by and it’s now Sunday, and that damn truck is still there, and Roantes is sleeping off a hangover. I was fuming! I knocked on his door around 10am and asked him when he was planning to move his truck? He replied with a few expletives and ended with “when I damn well feel like it”, which raised my temperature a few more degrees higher. I slammed his door shut and went into the living room, grabbed the phone book and looked for the number of a towing company. Called and arranged for them to come get his piece of crap, then called down to him “are you going to move this piece of junk out of my drive way sometime today?”

I heard him muttering and I couldn’t help but smile at that. He finally replied “Yes, I’m going to move it today” I said “well you have only 15 minutes to move it, so you best get to it”

A lot of expletives, then stomping up the stairs and slamming doors. The tow truck arrived and towed the scrap metal away, but Roantes did get to make arrangements to where he wanted it towed. He didn’t speak to me for months, which didn’t bother me one bit. Like I said we didn’t get along very well.

After 21 years of marriage, Jim left. Not leave as in divorce, but as in leaving to another country, where he apparently had another woman. He emptied the bank accounts from both personal and business and went to Bulgaria. Now, I have no husband, no money, no job, and two angry teenage boys and no family support. 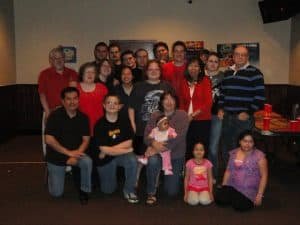 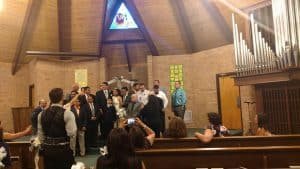 Even more surprising, Roantes and I became best friends through the years and when life threw him curve balls, It became my turn to help him. He asked me one time if I ever got tired of him helping me and me helping him. I said no, because that’s what friends do. They help each other. He just shook his head and replied you are such a wacko. Perhaps, but a wacko with an enemy turned friend. A friendship that has lasted 42 years and still going strong. A friendship I will always treasure.